Home > books > A Stranger at Fellsworth 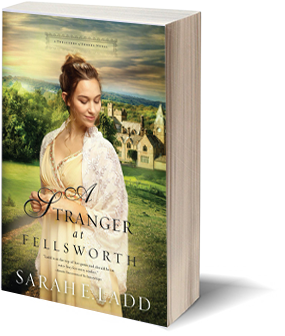 Could losing everything be the best thing to happen to Annabelle Thorley?

Poachers, mysterious strangers, and murderers converge at Fellsworth Academy, forcing one young woman to a test of fortitude and bravery to stop the shadow of the past from ruining her hopes for the future in this sweet Regency Romance.

In the fallout of her deceased father’s financial ruin, Annabelle’s prospects are looking bleak. Her fiancé has called off their betrothal, and now she remains at the mercy of her controlling and often cruel brother. Annabelle soon faces the fact that her only hope for a better life is to do the unthinkable and run away to Fellsworth, where her estranged uncle serves as the school’s superintendent. Upon arrival, Annabelle learns that she must shed her life of high society and work for her wages for the first time.

Owen Locke is unswerving in his commitments. As a widower and father, he is fiercely protective of his only daughter. As an industrious gamekeeper, he is intent on keeping poachers at bay even though his ambition has always been to purchase land he can call his own. When a chance encounter introduces him to Annabelle Thorley, his steady life is shaken. For the first time since his wife’s death, Owen begins to consider a second chance at love.

• The third and final book in the Treasures of Surrey series (The Curiosity Keeper is first and Dawn at Emberwilde is second.)

• Books can be read out of order

Praise for A Stranger at Fellsworth

“This novel reads well and fast; its vivid imagery and likeable characters fill the pages. The well-crafted metaphors and tight sequences make for an absorbing read. Though set around the Regency period, the style is fresh and the voice genuine. The spiritual aspect of the novel does not overpower; it is woven into the plot and provides a graceful way to unite the beliefs and morals of Annabelle and Owen Locke. I want to read more in the series.”

‘With betrayals, murders, and criminal activity disrupting the peace at Fellsworth, Ladd fills the pages with as much intrigue as romance … A well-crafted story for fans of Regency novels.’

Other books in "Treasures of Surrey" 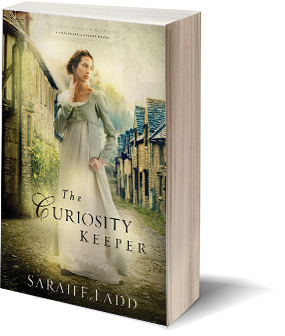 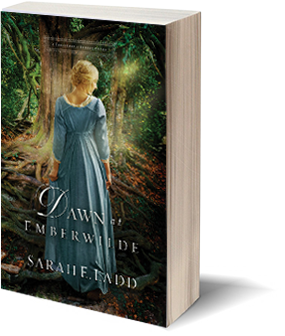 Dawn at Emberwilde
Preview
Disclosure of Material Connection: Some of the links in the page above are "affiliate links." This means if you click on the link and purchase the item, I will receive an affiliate commission. I am disclosing this in accordance with the Federal Trade Commission's 16 CFR, Part 255: "Guides Concerning the Use of Endorsements and Testimonials in Advertising."