Home > books > In the Shelter of Hollythorne House 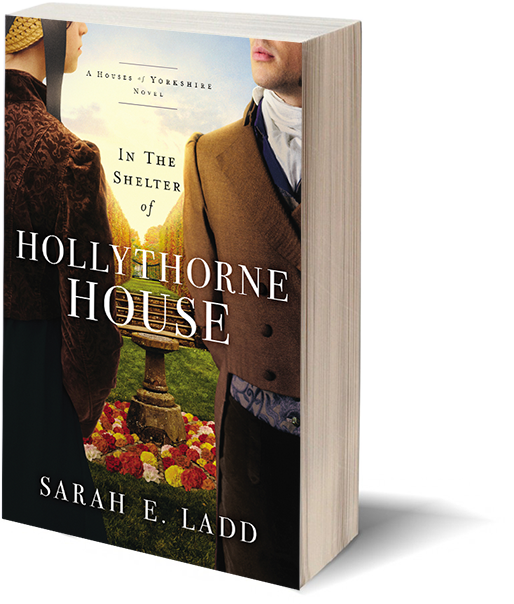 Young widow Charlotte Grey faces an uncertain future . . . until a chance encounter with her first love gives her heart a second chance in this Regency romance set on the Yorkshire Moors.

England, 1817—Charlotte Grey thought she had seen the last of Anthony Welbourne. Knowing her father would never consent to his only daughter marrying a man he deemed beneath their family’s station, Charlotte bid her final farewell to Anthony and vowed to never turn back. Instead, she honored her father’s wishes by marrying the wealthy Roland Prior.

Determined to put his love for Charlotte in the past, Anthony Welbourne chose to follow his goals and immerse himself in a life full of meaning—first as a soldier fighting a war overseas, then as a member of William Walstead’s watchmen, a rugged band of men dispatched to deal with perilous situations. Fearless and persistent, he makes it his life’s focus to fight for those who can’t fight for themselves.

When Charlotte’s husband dies unexpectedly, she quickly realizes how blind she’d been to his nefarious ambitions and how many people he’d angered on his relentless quest for wealth. To protect her infant son, Henry, from those who wish them harm, she and the baby flee to Hollythorne House, her childhood home. There Charlotte comes face to face with her former love, who has been sent as one of the hired watchman to protect her and Henry until the details of her late husband’s estate are settled.

Anthony’s presence brings back feelings she never expected to feel again, and she struggles to trust Anthony’s intentions. Are Walstead’s Watchmen really looking after Charlotte as they claim—or are they looking to make trouble for Roland’s estate and heir? Despite the constant reminders of their past, Anthony must remain focused on the task he was hired to do. But when new threats emerge, danger arises, and the past collides with the present, both must decide what they are willing to risk for the chance to right past wrongs and carve out a new future . . . together.

Other books in "The Houses of Yorkshire Series" 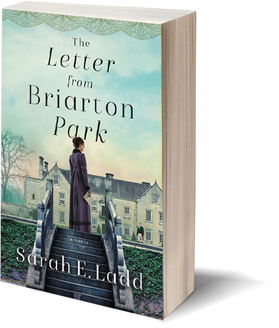 The Letter from Briarton Park
Preview
Disclosure of Material Connection: Some of the links in the page above are "affiliate links." This means if you click on the link and purchase the item, I will receive an affiliate commission. I am disclosing this in accordance with the Federal Trade Commission's 16 CFR, Part 255: "Guides Concerning the Use of Endorsements and Testimonials in Advertising."